I just wanted to take a moment and update the blog to say that as of March 14, 2019 (π day) I was officially awarded the SecurityTube Linux Assembly Expert x86_64 (SLAE64) certification!

Even though I have already worked my way through the x86 version of the SecurityTube Linux Assembly Expert (SLAE) it still ended up being a ton of work! However, just like last time, in the end I learned loads of things and had an absolute blast doing it all over again! 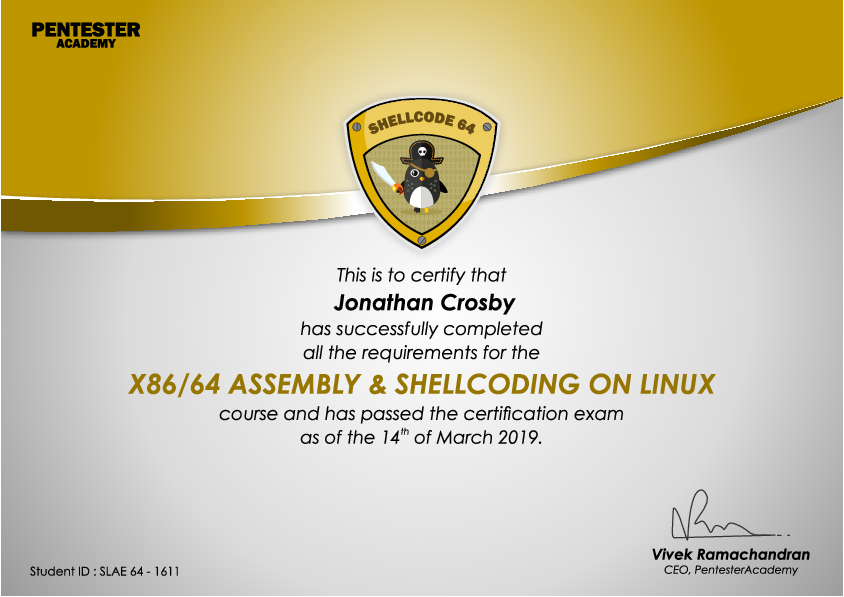